We're Getting Mutants in the MCU - The Loop

Hideo Tanaka is the CEO of Henka Games and creator of the NeuroLink.

Hideo Tanaka is of Japanese heritage. He has liquid dark brown eyes. He also has thick black hair with a silver streak, a result of his trauma and grief over losing his younger brother Sasuke years earlier in a kidnapping incident.

Tanaka is the son of neuroscientist Mina Tanaka and a repair technician father. He had a younger brother, Sasuke Tanaka, who disappeared at age seven while the two were playing in a park near their house. It is later revealed in the second book Wildcard that his younger brother had an incurable disease, but Hideo never knew about this until Emika shares this with him in a memory.

At age 11, he started to teach himself how to code, and at age of thirteen, successfully released his innovative invention, the NeuroLink, along with the world-renowned game, Warcross. The NeuroLink, a virtual reality device that connects with the user's brain and allows them to connect with people worldwide, is not only easy to use and lightweight, but also has the ability to finetune itself to the user's brain so that their experience can be as rich and life-like as possible.

Hideo first hired Emika as a spy to flush out a mysterious hacker that went by the name of Zero who had sabotaged Warcross and led Hideo to believe that he had more ominous plans for the NeuroLink's users, rather than to simply put it out of action. Hideo develops a close romantic relationship with Emika, but this relationship soon goes stale when she finds out about the controversial plans he had in mind for the future of the NeuroLink. Later on, in the second book, Wildcard, this connection was re-established when Emika offered him the information she found on his brother. He reveals his vulnerable side to her on his yacht after learning of the fate of his brother, and they both reveal that they still care deeply about one another. After his true plans concerning the NeuroLink were exposed and he is sentenced to an indefinite period of house arrest, paparazzi catches the two leaving a restaurant holding hands, leading to speculations about their relationship.

Hideo's parents are ill. His mother is forgetful, and his father developed a bad, lingering cough. These are supposedly effects of traumatic events in the past, specifically Sasuke Tanaka's disappearance.

Hideo's relationship with his parents is affectionate and pure, and he uses his wealth to make life easier for them in every way he can, although they refuse to accept a servant to help them.

Sasuke Tanaka is described by Hideo to be even smarter than Hideo himself, with an astoundingly high IQ score of over 160.

Sasuke was kidnapped at the park near their house whilst playing an egg-hunting game with his brother Hideo. In the memory accessed through NeuroLink, Hideo can be seen wrapping a blue scarf around Sasuke's neck and telling him to stay warm. Sasuke becomes very attached to this scarf, as seen in some later memories accessed by Emika. Sasuke's kidnapping left Hideo with everlasting guilt and hatred towards himself, but most importantly, malice towards the kidnapper. The main obstacle Hideo faces in book one (Warcross) is Zero, a faceless hacker that Hideo hires Emika Chen to hunt down. However, this villainous persona is actually Sasuke. Sasuke is not truly alive, as it is revealed that he died years earlier on a gurney in a laboratory. Zero is actually a more robotic, artificial version of Sasuke, who shares his brain but not his memory.

Hideo's final plan for the NeuroLink is a grand measure to find and punish his brother's kidnapper and learn of his brother's true fate and whether he was still alive. Zero/Sasuke fought for the freedom of the NeuroLink users, which Hideo's plans threatened. Emika manages to return Sasuke's human side to him towards the end of Wildcard, and and he chooses to dissolve his plans for world domination, living on instead as data and checking on Emika and Jax, whom he once opposed but now has a friendly relationship with.

As brothers, Hideo and Sasuke share a very close relationship. Although they haven't been shown with each other much, the fact that Hideo dedicated himself into creating NeuroLink for Sasuke, to make sure that there will be no crime in the world, like kidnapping, which was what happened to Sasuke, meant that he truly loved Sasuke very much. 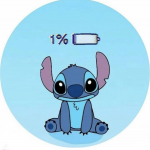 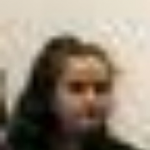 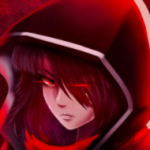 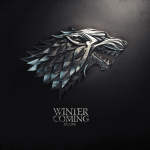